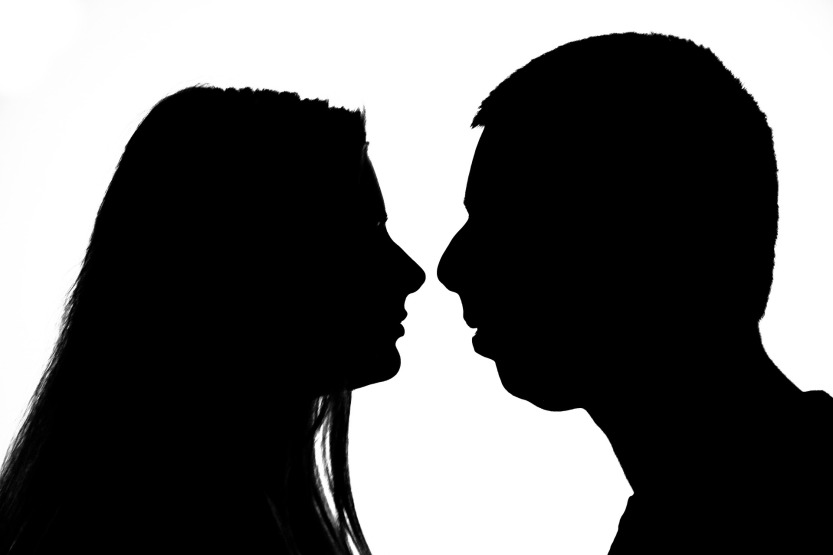 A guy from a neighborhood I used to live in, a guy I hardly knew, once told me that he was proud of me for finally being with a Sister.  He said this because he had seen me with my latest girlfriend at the time, who was Part-Trini-Part-Alabama, and pretty much Full-Black, and he knew that the girl I dated before her was Ecuadorean-Chinese, with not an inch of Congo or Harlem or anything Black in her blood.  And since he was on some revolutionary kick at the time, certain that he was destined to save young brothers like me from “defiling the Black-bloodline”, he felt it was his mission to congratulate me on returning to the Black fold.

The joke of it all was that this modern day Black Panther was half-black-half-white and that he was being raised by his white mother.  He was also living in the same neighborhood as me and, like me, seemed to have more friends who would have been ineligible to join his Revolutionary cabal than friends whose pigmentation would have given them an automatic invite.  In other words, this Power-To-The-People-Brother was more likely at the time to recognize a Metallica song than a Public Enemy one. And as if this wasn’t enough to make his Black-Brotherly-Advice ridiculous, there was the fact that he was talking to a kid, me, whose own family make-up looks more like the membership in a rainbow coalition than in a Black Panther unit.

Cuban by way of Havana, African by way of the Zulus, Irish by way of Dublin, English by way of Manchester, Indian by way of Calcutta….. Jamaican by way of it all coming together in Portland and Linstead and Kingston.  And Kansas by way of my white Grandmother… and then eventually New York by way of me. All of this to say that, really in truth, this “Brother” talking to me about pure bloodlines was really wasting his time.

Then of course there is the fact that the stories I’ve heard about the shit my father got for being half-white from black kids in Jamaica sometimes sounded far worse than the shit he got from white folks in the States for being part-black.  And don’t get me wrong, I understand that there were places in the States, and still are, where he would get all kinds of abuse for being “Black”. Because, according to the American rule of thumb, which Americans seem to feel is the rule of thumb for the world (because we as Americans usually feel that anything we believe is something all the world should believe), one ounce of black is enough to make you Black.

And yet, does that One Ounce Rule really give an idiot the right to tell me I should not date outside of my “race”?  And then what the hell does being Black mean anyway.  I fully understand the historical perspective on Blackness in America in relationship to how people of color have been treated by American institutions and continue to be treated today, but I also understand that what is true in this country really is not always the truth in the rest of the world. It makes total sense that African-American identity has been formed on the basis of their racial reality in a country where there is not much room for many realities more profoundly impactful upon their lives than a racial one, but then what about the rest of us?

My uncle told me that when he was attending the London School of Economics back in the Sixties, he met many Africans who used to jokingly, and sometimes not so jokingly, call West-Indians the White Man’s Bastards.  I have met many other people of color, “Brothers”, who are not from the States as well, “Brothers” who will accept the whole Black Brotherhood Concept just so long as it does not interfere with their ethnic, tribal, cultural, religious, political, national and familial sense of identity.  This is because for them, their idea of who they are has been shaped just as much from these other factors as it has been shaped by the color of their skin.

I am saying all of this to say that even after all these years, I am still pissed that this “Brother” thought it was okay to tell me how proud he was that I was staying true to my Black race.  Who the hell was he to say anything to me about who I was dating?  What gave him the right to question my dating choices?  Did he really feel it was his job to tell me what was right and what was wrong when it came to dating “outside of my race”? The fucking arrogance of it all is nuts. Because not only was he intruding upon my personal choices, but he was attempting to force his reality onto my own, and this is what pisses me off the most.

I once cursed out an older Black man, one who was a bit drunk at the time, who told my little cousin that no matter what he did in life or who he became, the “White-Man” would always think of him as a nigger and, according to him, this alone would always make him one. Having grown up in a family where the color of my skin was never once mentioned as a reality more powerful than the reality of my mind, my heart and my spirit, I was never one to accept anyone’s definition of me that did not originate from a space I considered to be sacred and true to me.  As far as I am concerned, just because all the racist people in the world call me a thing does not in any way make me a thing.  If anyone thinks that when Kunta Kinte said his name was Toby, he really believed in his heart that his name was Toby, then they don’t understand anything about the human spirit.

Or maybe what it all means in the end is that who I choose to sleep with, to love and raise a family with, or to simply walk down the street with, is a choice that does not have to fit into anybody else’s reality, but my own!

IF THESE WORDS MOVE YOU, PLEASE  CLICK  LIKE  ON MY FACEBOOK LINK AT THE BOTTOM OF THIS PAGE OR ON THE FOLLOWING LINK SO YOU CAN SEE FUTURE BLOG-POSTS: https://www.facebook.com/JamericanWriter/